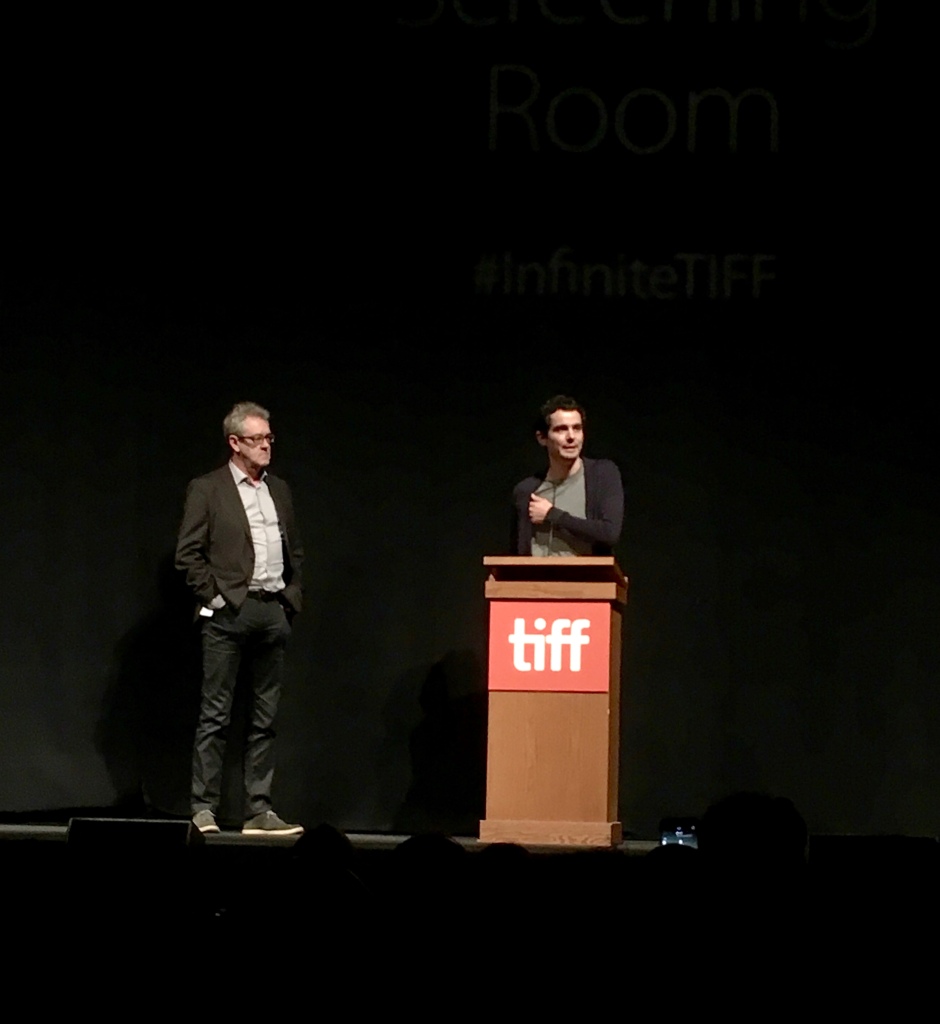 I really wasn’t sure what to expect for this one.  Everyone had been raving about it.  I loved Damien’s first powerhouse film, Whiplash. But a musical? Really? Part of me was bracing to hate it. But I didn’t hate it. I loved it. Do they going sing their lines like in Grease? Not really. Are the songs corny and annoying? Not particularly.

The film works on many levels. Its charming, heartwarming, funny at times and highly entertaining. Emma Stone and Ryan Gosling have incredible chemistry, as we’ve seen in Crazy Stupid Love and Gangster Squad.  I think because we have seen them together before we are really starting to believe they are a couple.  Sorry Eva!  It is also nice to see triple threat performers in their element.

Some complained about the sound at this screening at the historic Elgin theatre, but did not notice any issues. The Elgin is by far one of my favourite TIFF theatres.

This very accessible film will do extremely well, and so it should.  And let’s see if a musical can win the Oscar for Best Picture.  I cannot wait to see what Damien does next!

The beautiful and historic Elgin Theatre! 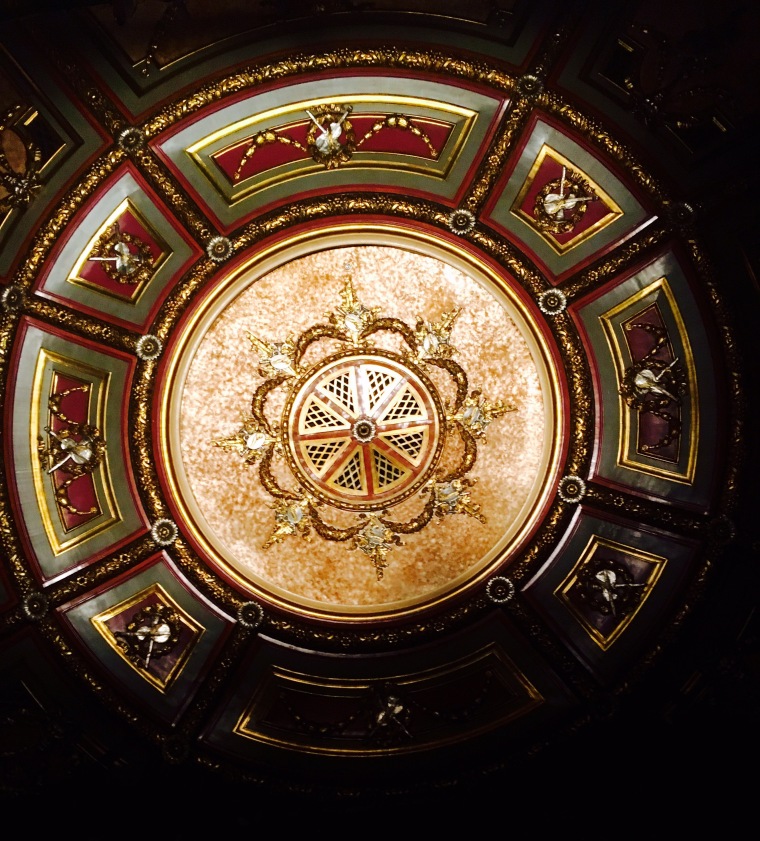 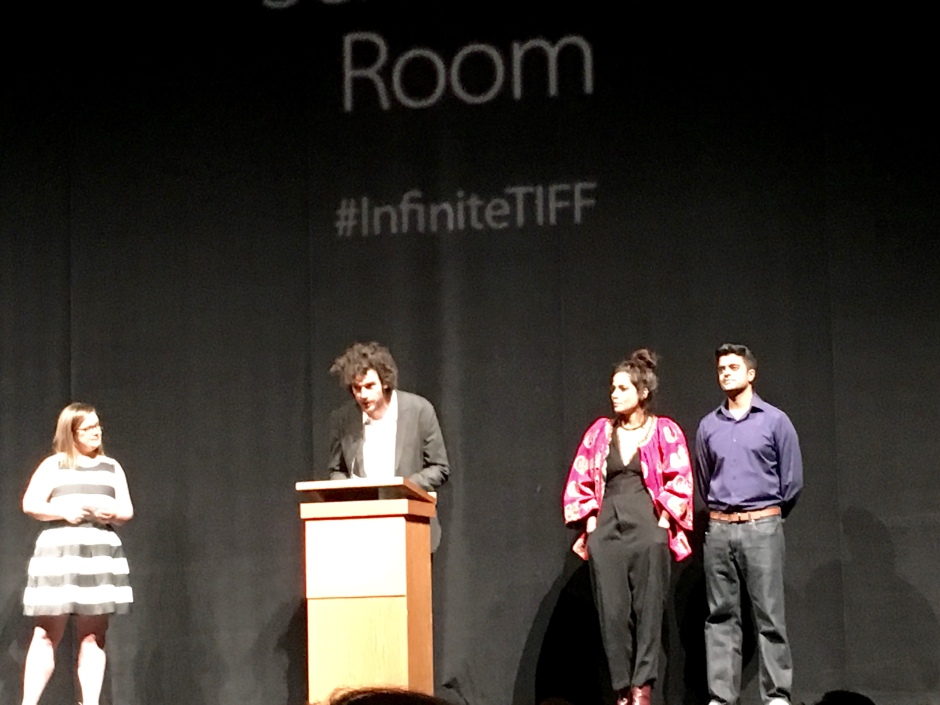 This is a true story that will break your heart.  Based on a book written by the lead character in the film, this translates very well to the big screen.  It’s been a crowd favourite at TIFF.

Performances from Nicole Kidman, Sunny Parwar and Dev Patel are phenomenal.  Nicole Kidman always embraces her characters and when you see the footage of the real mother she plays you’d think they were the same person.  Sunny Parwar, young as he is, is absolutely fantastic embodying the character of little Saroo.   And I was surprised to see a much bigger more mature Dev Patel in this role which is sure to lead to more great roles for him.

The entire theatre wept in this one.  You find yourself completely overwhelmed at the end.  As my daughter said “It wrecked Dad. He had to go wash his face in the bathroom after the movie.”

I hope it does well in theatres as it is a really beautiful story that deserves to be told.

This film is a charmer. I loved it.  It’s not a huge movie, but they don’t all have to be.  I’d seen some pretty heavy films at TIFF leading up to this and my brain thanked me afterwards for this delightful indie film which is sure to be loved by many.

I picked this film, not only because it was a crowd favourite at Sundance, because my grandfather was a bus driver.  I know first hand that you are never just a bus driver.  People who enjoy driving a transit bus are great observers who love people.

There is an English bull dog in the film, Marvin, who steals a few scenes. A film for dog lovers as well as dog haters, but no spoilers here.

While you don’t need to see this one on a huge screen, seeing it somewhere will be good for the soul.

Martin is apparently a big fan of Stanley Kubrick, John Carpenter and Billy Wilder.  This makes a lot of sense to me now after seeing the film, which is Martin’s first American film.

Set in early 1800’s gold rush country, maybe Oregon or Northern California, it’s a story of a girl who is desperately trying to escape the wrath of a religious madman, a Dutch immigrant.

Not sure if what I watched is a realistic depiction of life for women during this time, but if it is, I have no desire to go back in time to these simpler times. America was not great during this formative time in history.

In a time where women have no rights, the advantages that men have to abuse seem to be endless. This four part story, that is purposely told out of order, is not an easy one to stomach. I saw two people leave the screening and heard many people gasp and gag in the more grotesque scenes.

Technically I think it is a well crafted film. The performances are outstanding, particularly from Dakota Fanning, Guy Pearce and Emillia Jones who played young Joanna. The cinematography is masterful and the musical score is hauntingly beautiful.  People will argue that it went to far with the blood and guts and others will argue that it was necessary to convey the horror. I will say that we were all on the edge of our seats and almost felt as abused as Joanna throughout so perhaps it was flawless in that regard. What was particularly horrific to me is that this did seem very real, that this might have happened 150-200 years ago to many women who did not “love and obey”.

If you have a strong stomach and are interested in the American Gothic genre, this is the film for you. If you are interested in this time in history but don’t like to be confronted with disturbing scenes and relentless gore, a book might suit you better.

This is not your average garden variety alien flick. The film is based on a story that is a much more cerebral, thoughtful idea of how extraterrestrials might come to earth and why.  Denis Villeneuve has done a masterful job in bringing it to the screen. This film might take some more than one viewing to “get”.  I’ll not spoil the experience by describing it to you in detail. Amy Adams and Jeremy Renner are well cast and their subtle performances shine in this beautiful film.

This film is deliberately yet artfully constructed.  Jóhann Jóhannsson’s beautiful musical score is its own character.  I love this guy more and more with each score he writes.

I highly recommend you see this film.  I will watch it again before awards season. 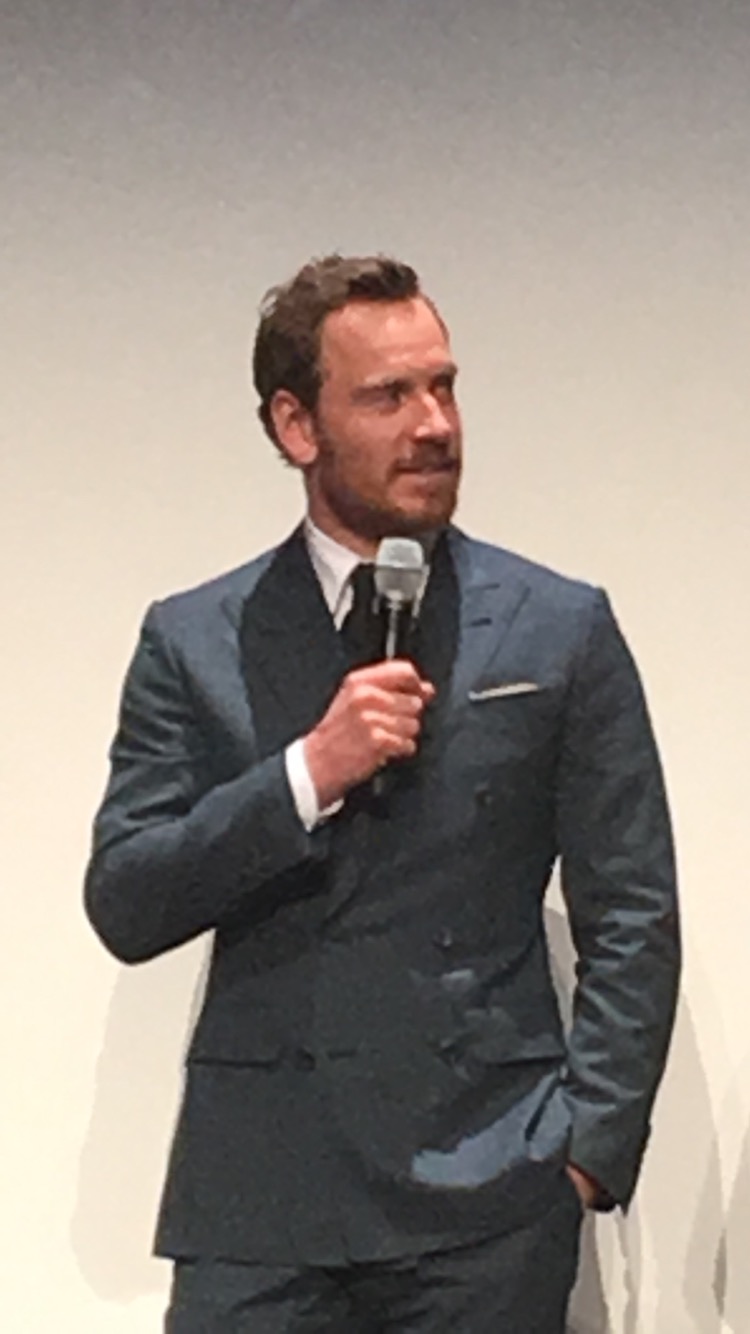 This is a movie about the hard lives of travelling people. It is a side of life and a culture we don’t often see in film, and if we do its a sub plot where they are not always portrayed well. This however, is a very heartwarming story about the people with good performances from all. My only negative comment is that it really should have had subtitles. My family are from Northern Ireland and East London, so usually I can understand Brits in films, but travelling people have very unusual accents. Remember Brad Pitt in The Snatch? Did you understand him? Hopefully someone will make the suggestion as I think it would make a big difference. Heck I, Daniel Blake had subtitles.

Even though there were bits of dialogue that I missed, I enjoyed this very heartwarming movie.  Will watch it again some day and use my rewind to make sure I get all the good bits.

Best part of seeing this film at TIFF was the Q&A.  When Lyndsay Marshal was asked why she wanted the part, she said she was sleeping with the screenwriter, but then that they had three children.  She then elaborated.  Apparently her husband, Alastair Siddons, is not a screenwriter by trade, he’s a documentary filmmaker. He had made a documentary and met this memorable travelling family who he wanted to tell a story about. Took him many years of trolling around their flat in his bathrobe with a fag in his mouth, but he finally did it. And we are glad he did! 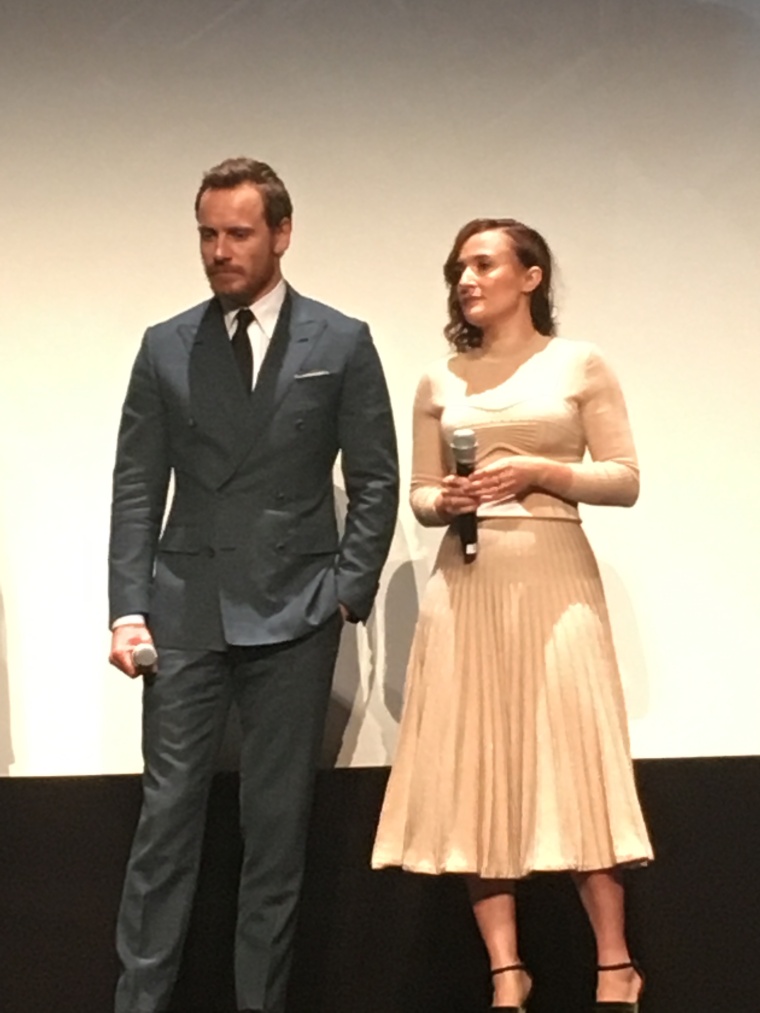 I would love to dismiss Tom Ford’s film given he’s a successful designer who profits from the shallow business of keeping up appearances. But I simply cannot. His gift apparently transcends beauty and into something much deeper that cannot be dismissed.  I was completely captivated by this one.  The screenplay, the performances, the cinematography, the music, this film is the whole package.

Needless to say, this is one of my top ranked films screened this year at TIFF.  Its beautiful, shocking, tragic, suspenseful and heartbreaking.  While you cannot necessarily identify with the characters, you might be able to relate to the themes.  It’s best not to know too much going into this one.  The performances are outstanding and this is one of Jake Gylenhaal’s finest performances if not his finest yet.

I highly recommend seeing this one and cannot wait to see how it is received by wider audiences once it is released.  The cracker jack trailer will surely lure in some viewers.

Interview on his terms…..”Can I ask you to turn that light off? ”

The critics have been unfairly harsh in their comments about Ewan McGregor’s directorial debut. The film is not bad. I was emotionally destroyed by this heartbreaking story of “The Swede”, a man who has a seemingly perfect life, who has a kind heart, who works hard, only to see it all torn apart by forces beyond his control. The tortured relationship with his daughter is captured very well on screen and we feel his pain.  Jennifer Connolly’s performance is outstanding, Oscar worthy actually.

Book to film translations are never easy, and the better the novel the more difficult it is to live up to in film.  Staying true to a book can be like handcuffs. I tried to read the book the week before TIFF and I only made it about halfway through, but far enough to understand that it was the narrator’s story. He is “The Swede’s”, kid brother’s best friend, and he idolized him. When one thing leads to another, I’ll not spoil this for book readers, he feels compelled to write “The Swede’s story”.  This was all a bit awkward in the film with many details missing. I feel a bit for David Strathairn who plays “Skip”, given this part should have been more like Nick Carraway’s in The Great Gatsby. With that you could argue that the screenplay needed some fine tuning to tie it all together, maybe even dump the narrator.

I am told as a rule critics are not keen on actors who direct. I find this very curious given that actors would have developed a certain amount of experience which would position them well for directing. Hopefully the crabby press will not discourage Ewan from directing. To the critics, he’s a nice guy, so let’s all give him and break and let him try again! I believe he has a knack for this and I cannot wait for the next one. 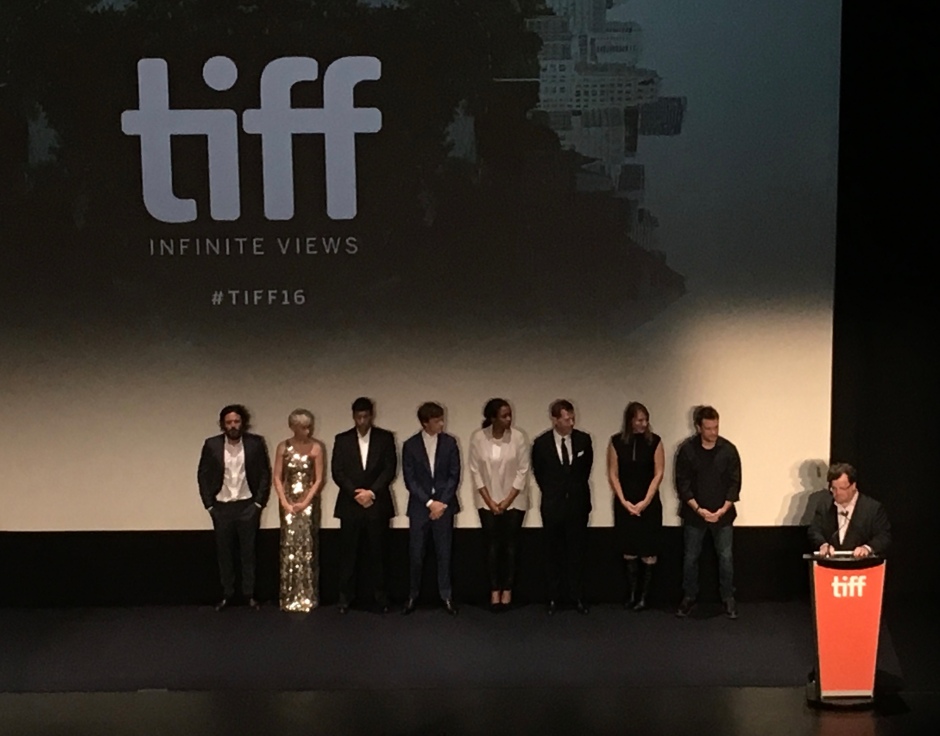 A story of a tragic broken family, beautifully written and carefully directed by Ken Lonegran. What I love about this film is that it is subtle, real and full of emotion, no talky screenplay with overly descriptive dialogue that leads to maudlin scenes. Less is much more. This film confirms what most of us already believed and that is that Casey Affleck is an amazing actor, delivering a performance of a lifetime. Michelle Williams and Lucas Hedges are also magnificent in this heartbreaking story.  This film will stay with you for a very long time.

It is a rare film that entrances you from the start and moves you throughout with a delicate intensity, fluidity and humanity.  I absolutely loved this film.  It left me speechless, covered in goosebumps and needing a moment. The performances are stellar, particularly Mahershala Ali, Naomie Harris, Alex Hibbert and Ashton Sanders. I would be remiss if I did not mention that James Laxton’s cinematography and Nicholas Britell’s music have contributed significantly to this breathtaking film.

This is an important coming of age film, a magnificent film and a true work of art.  I do hope that it finds a broad audience outside the festival circuit.  It is a film that everyone should see.